Mechanic to Millionaire: The Peter Cooper Story tells the story of Peter Cooper, one of the greatest leaders of the first generation of America’s industrial revolution — a self-made man who also became a great philanthropist, a social visionary and a popular hero.

He helped shape America in its transition from an agrarian to an industrial, then a consumer-oriented society, from an uncertain nation to one that was rich, strong, and confident.

His numerous innovations and public activities both reflected the changing American social order and transformed it in fundamental ways. When his business success brought him wealth and power, he used his position to foster economic and social justice.

This film was made possible by a grant from the

Click an image below to view its pdf in a new window. 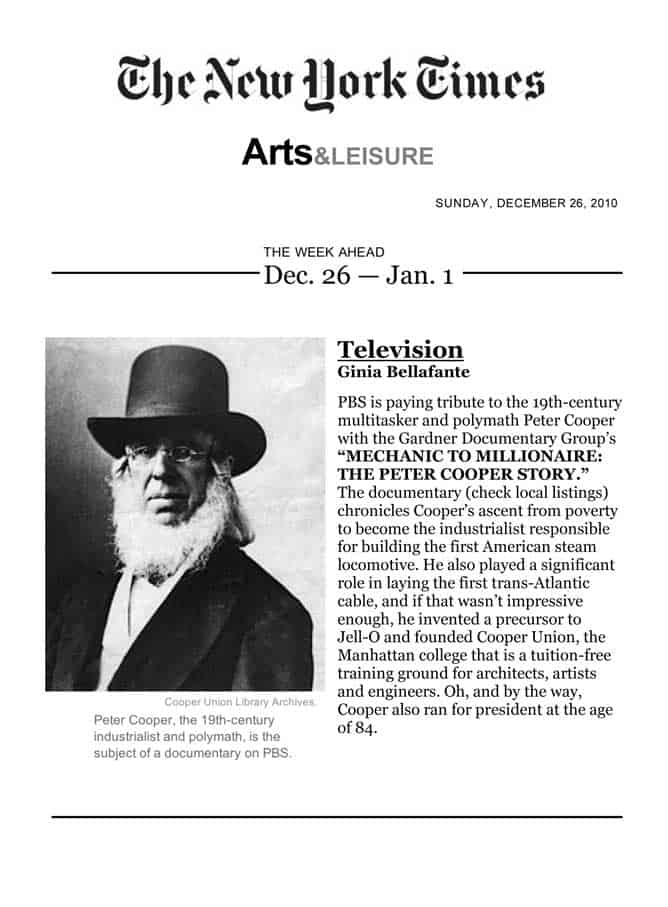 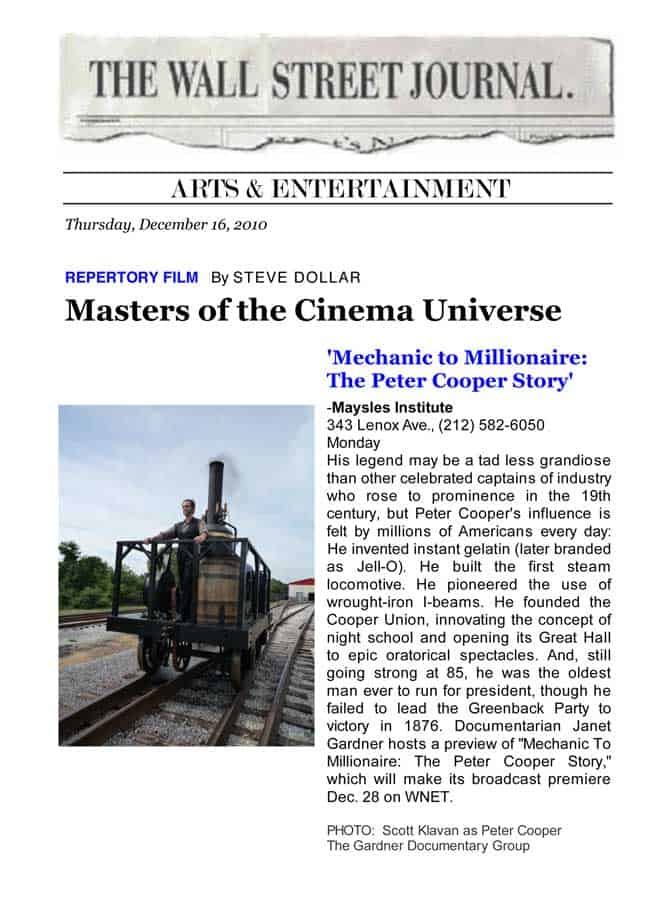 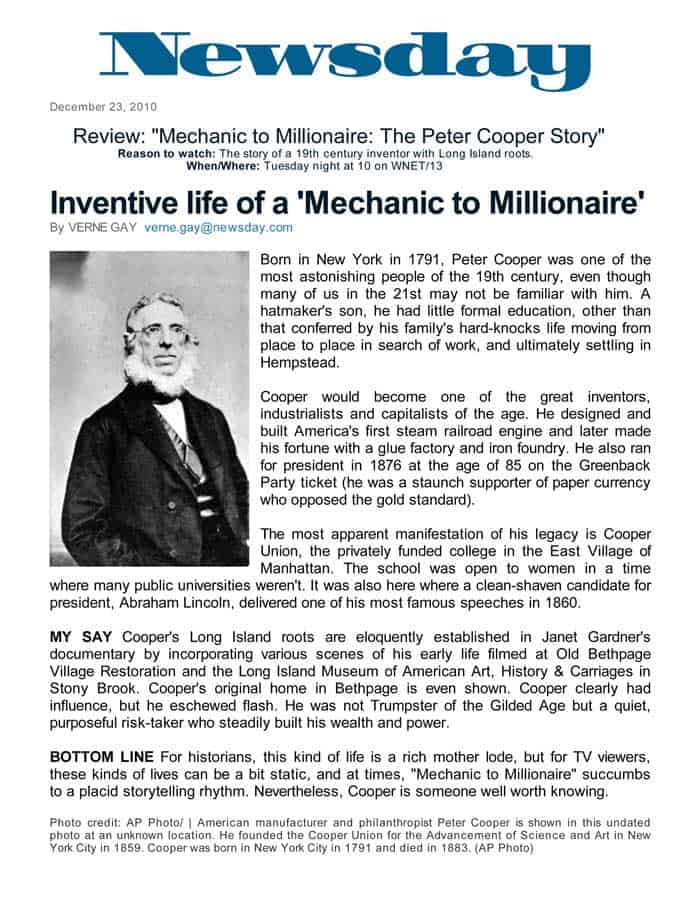 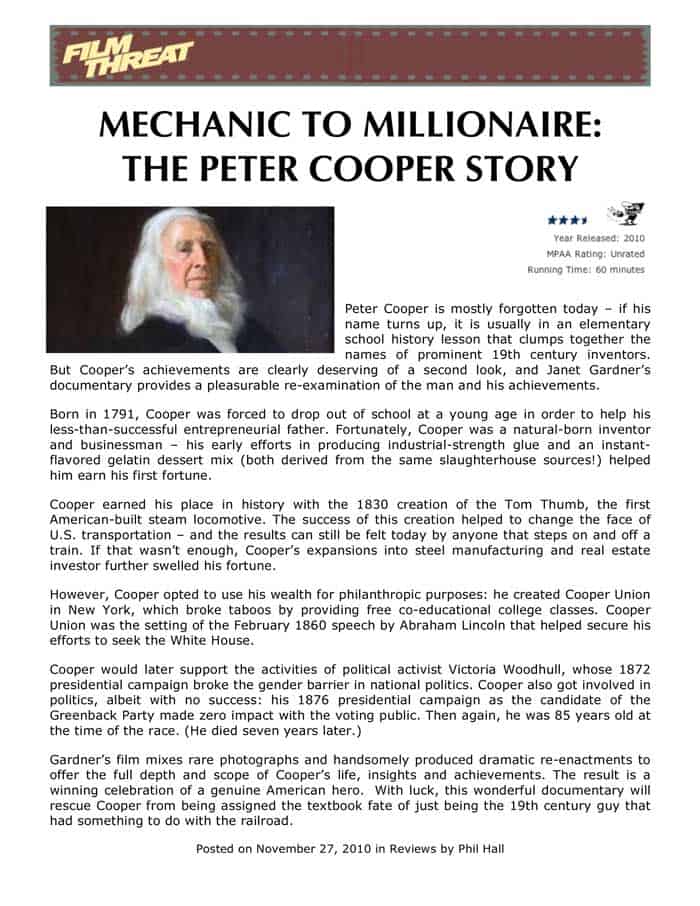 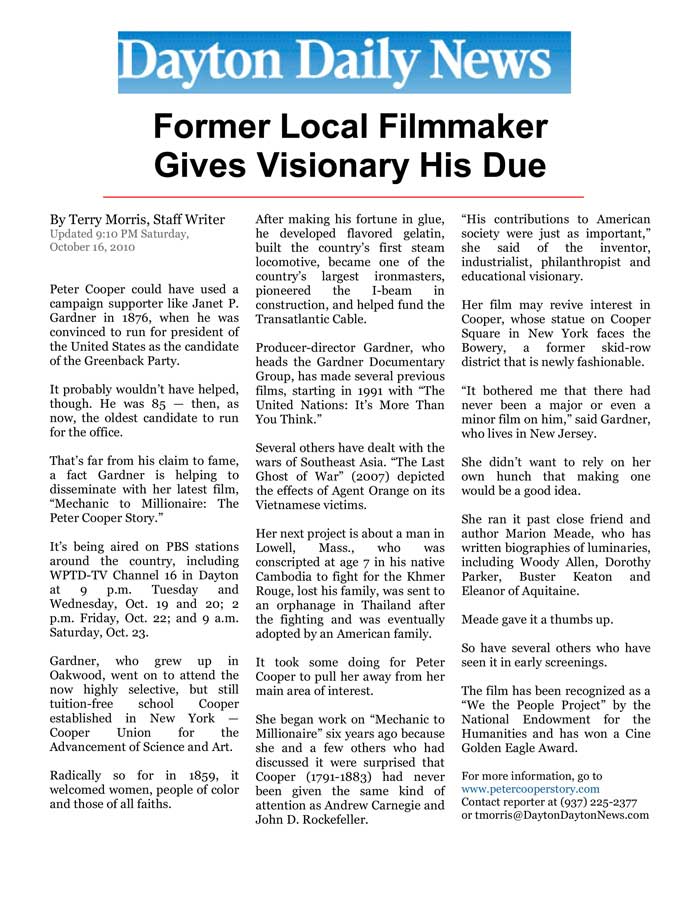 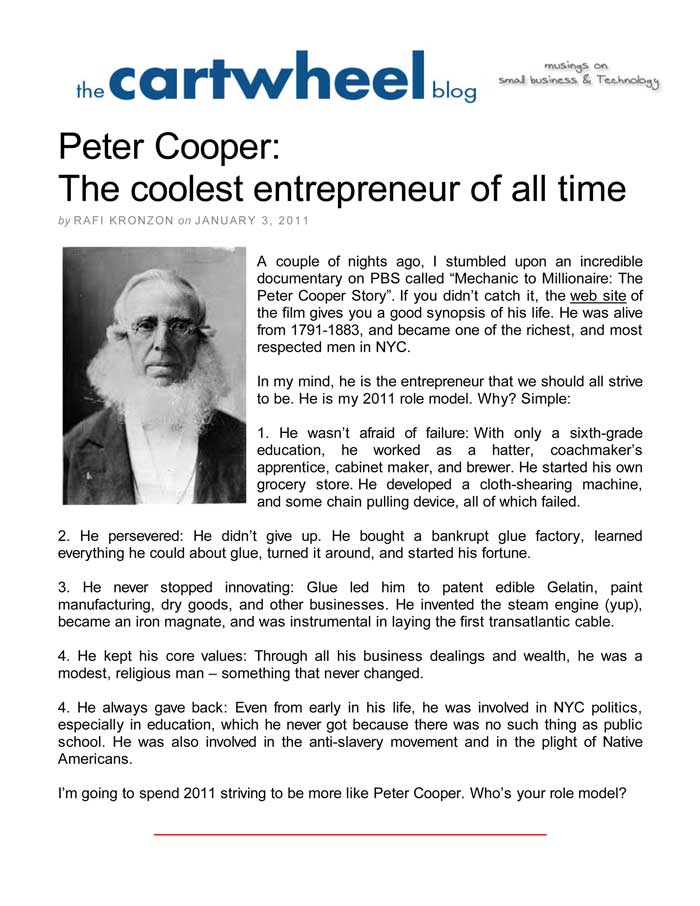